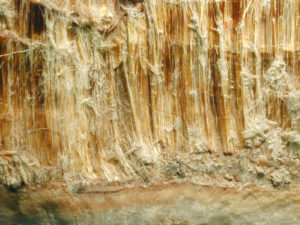 According to the Australian Federal Government’s Comcare Department, “…an estimated 30,000 to 40,000 Australians will be diagnosed with asbestos related disease over the next 20 years, and researchers and policy makers fear a third wave of asbestos deaths from people exposed in the home”.

Asbestos was commonly used in a variety of building materials used in the production of homes in Australia from the 1930’s to the late 1980’s. The use of asbestos was banned in Australia in 2003 but unfortunately, the ban doesn’t apply to materials installed before then. Because of the prevalance of asbestos in Australian homes, it’s important to know the facts about asbestos in case of buying or renovating a property. So let’s take a look at some of the important facts that every homeowner should know:

Asbestos is a generic term used for several types of fibrous silicate minerals, which are generally broken into two groups, serpentine and amphibole. It is estimated that 1 in 3 Australian homes contain some form of asbestos. It was used extensively in housing products due to its low refinement costs, fire resistance, sound absorption, tensile strength, low electrical conductivity and resistance to chemicals. It was a cheap solution to a lot of building design issues.

Many homes built before 1984, will contain some form of asbestos. Even for homes built between 1984 and 1990, there is still a good chance they contain asbestos. Not all forms of asbestos need to be removed and they are generally not problematic when left undisturbed. However, if your home was built before 1990, you should have your house inspected for asbestos by a qualified professional before starting ANY renovation. Asbestos can be disturbed from something as simple and seemingly harmless as drilling a hole in a wall or tearing down an old shed.

Some areas of homes where it is commonly found include: cement sheeting used to line eaves, cement sheeting used for walls, simulated brick, woven rope used for hot water pipes, vinyl flooring, cement roofing. This is just a partial list. Air-borne fibres are often generated as a result of demolition, sawing, drilling or sanding of asbestos containing materials. Inhaling or ingesting these asbestos fibres can cause Asbestosis, Mesothelioma, pleural disease and cancer of the lungs, larynx, and ovaries.  These diseases can be fatal.

Asbestos, in any shape or form, should always be considered potentially life threatening. For any home owner or buyer worried about asbestos, it’s recommended to first arrange an inspection of the home before starting any sort of renovation. It’s always better to be aware and beware of asbestos.